Hello from Taipei Taoyuan International Airport! Not to rub it in or anything but today is a comfortable 60 degrees, while yesterday we were sitting at the pool in Siem Reap, Cambodia in 90 degree weather! We’ll soak it up before we hit the freezingness of Grand Rapids, MI tomorrow.

So Cambodia…this was always a Southeast Asian country that never really caught my attention. I never had a huge urge to visit, even though my brother, Jordy and Alec Green told me it was an amazing place. Cambodia is definitely on the Southeast Asian backpacker trail, although not as popular as the fan favorites of Thailand and Vietnam. I have to say Cambodia blew both Sarah and me away. From the second we hopped on that tuk-tuk, the main mode of transport, in the dusty capital of Phnom Penh, we knew this was going to be a trip for the books.

It’s amazing to Sarah and me how different countries can be even when they do share a border. We expected Cambodia to be very similar to Thailand. Though the climate and landscape were similar, they couldn’t have been more different. Bangkok, Thailand is a massive city that is home to many multinational companies, huge skyscrapers, and in general, has a very modern infrastructure. Cambodia, and Phnom Penh more specifically, was much different. This city was edgy. It was flat, dirty, and intimidating. This city was much different than anything I had encountered before. See, Cambodia is extremely poor. Most full-time workers make between $60-$100USD per month. You can just imagine the extreme poverty that was ever-present. Right outside our hotel were families living in cardboard boxes, tiny children digging through trash cans, with rats basically running over their feet. It was sad. 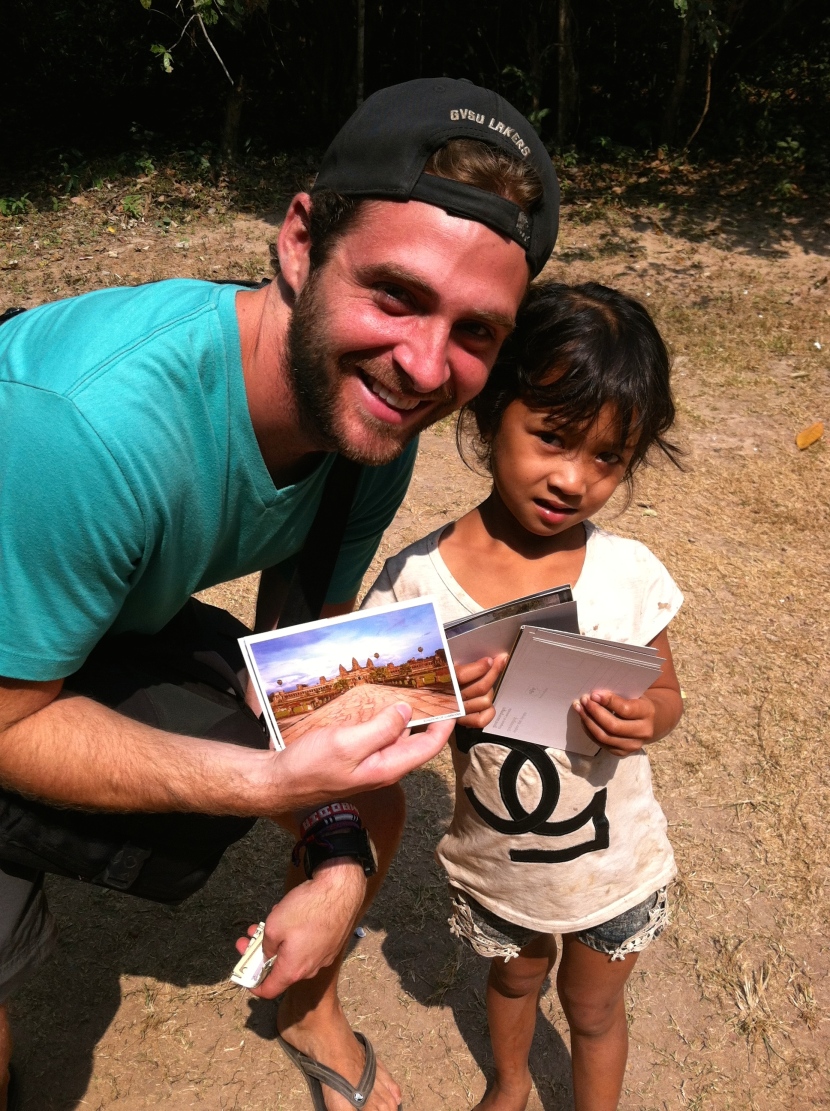 We spent our time in Phnom Penh touring the brilliant Royal Palace along the riverside, perfecting our haggling skills at the stuffy Russian Market, and learning about the brutality of the Khmer Rouge in the 1970’s and 1980’s. 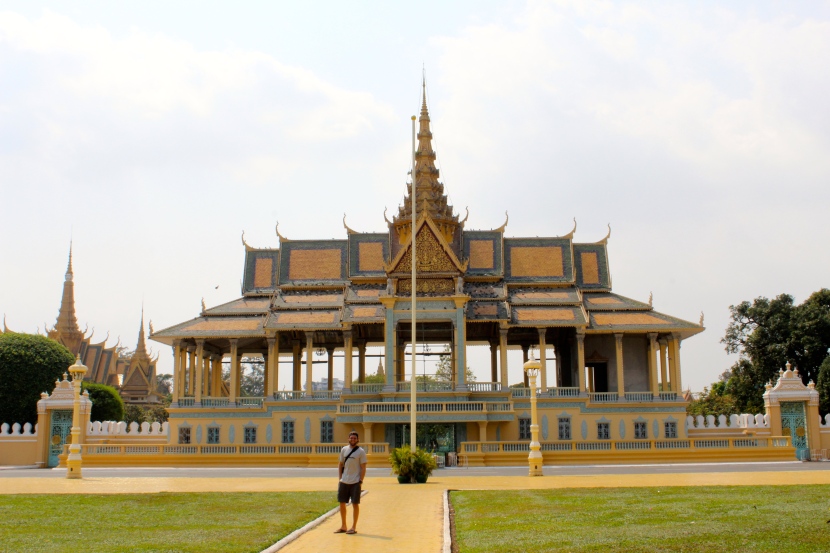 The Killing Fields. What a humbling experience for us. This alone gave us a whole new perspective on Cambodia as a whole. Every person we passed on the street, in one way or another, has been affected by the Khmer Rouge. The population of Cambodia before the takeover of the Khmer Rouge was roughly 8 million people. The Khmer Rouge was in power for 4 years, during which, 2-3 million people were brutally murdered and thrown into pits. That’s 1 in 4 people who were killed, only 35 years ago. The Killing Fields are now a museum for Cambodians and foreigners alike to join together to learn and pay respect to the millions of people who lost their lives in this horrific genocide.

After Phnom Penh we made the 7 hour, bumpy bus ride to the Northern city of Siem Reap. Let’s just say that “bumpy,” was an understatement. The “road,” to Siem Reap was hardly a road. To put it lightly, it was an insane bus ride. The traffic in Cambodia is ridiculous and there are literally no road signs and virtually no road rules. Buses take charge because they are the biggest and if you’re in the way…well you’re screwed. We breathed a sigh of relief when we got off the bus in Siem Reap, home to the world famous, Angkor Wat. This was the reason we originally wanted to go to Cambodia. Angkor Wat is the largest religious monument in the world and it is absolutely breathtaking. We hired a tuk-tuk driver for the day and woke up at the buttcrack of dawn to see the infamous sunrise over Angkor Wat.

The Angkor temples were built in the 11th century and were considered to be pioneering for the times in architecture and detail. It was simply magnificent. The sheer size and detail that went into these temples, and specifically Angkor Wat, was just mind-blowing. We spent the day climbing the steps of the temples and really trying to grasp the architecture of such amazing workmanship. Again, I’ll let the pictures do the talking. 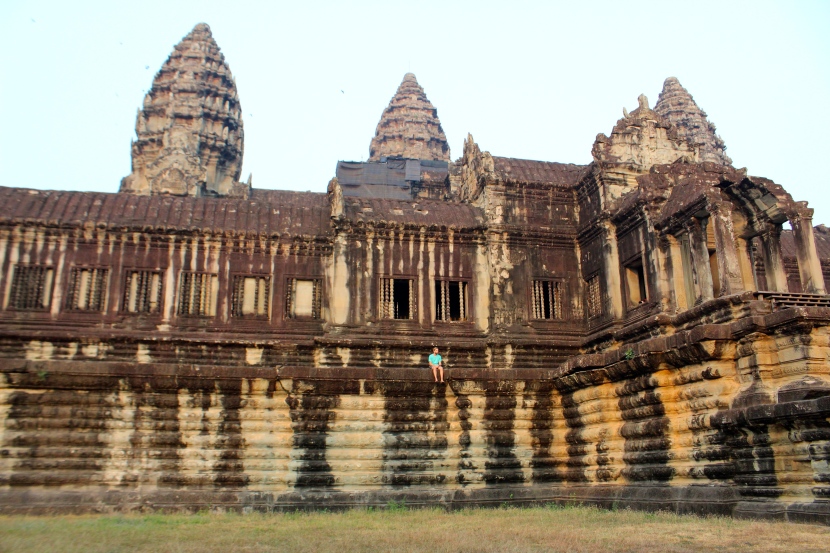 Our last few days were spent lounging at the pool and enjoying the night markets of Siem Reap. This country is about as cheap as it gets. You can never go wrong with a 50 cent draught of the local Angkor brew, 1 hour full body massage for $3, or a snake on a stick 🙂

We’re officially on our way home. We are super excited to see our families and friends back home and devour a plate of the Dungeon’s chips n’ cheese 🙂 See you soon!